10 Famous Nomads — Current and Past 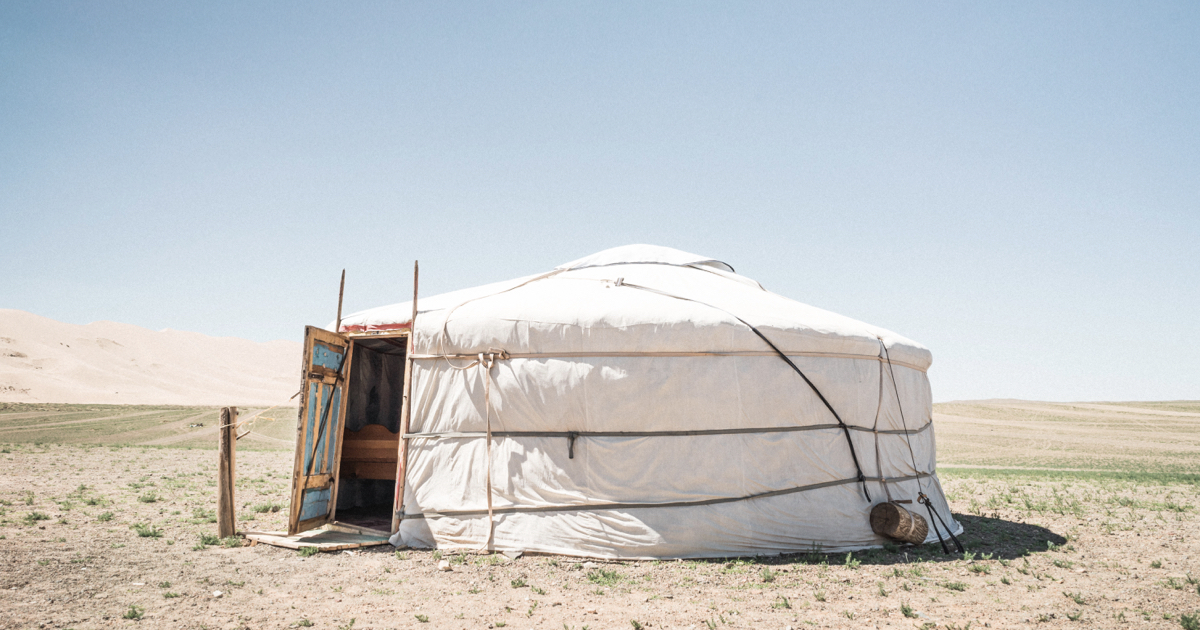 Nomadic tribes in the desert

From hunter-gatherers and traders to the digital nomads of today, nomads or remote workers have featured throughout the ages. In the past, the nomadic lifestyle made possible the sharing of ideas between countries across the world, and this international exchange, eventually led to the globalization we have today.

While globe-trotting is now viewed as luxurious, somewhat awe-inspiring, and something that even some of the world's most famous individuals are attempting, this was not always the case. Attitudes towards this way of life have evolved over time, and present-day wanderers are now rediscovering the value of mobility.

List of current and past famous remote workers (nomads):

Nomadism has a long history

Nomadism involves moving periodically from place to place instead of settling in one area. It is a way of life that revolves around movement between centers based on what they offer. Historically, this migration was centered around finding food, but this changed as the world become more industrialized.

Farming methods developed and attitudes towards nomadism changed. People began to settle in communities and large cities grew. Those who continued to travel and live nomadic lives were labeled as vagrants and were seen as inferior to settled society. These wanderers were mainly traders, and their way of life was associated with poverty and crime during this era.

With the rise of technology, however, nomadism evolved once more. Digital nomads came about, as did a lifestyle of traveling in search of adventure and experience. Reconnecting with nature and discovering the meaning of life became the reason for many people to leave their hometowns behind and get on the road. The nomadism that we know today is associated with minimalism, self-reliance, emancipation, and self-discovery.

Famous nomads in the past

Famous nomads of the past span many centuries and lifestyles, from Alexander the Great and Marco Polo to Earnest Hemingway, the Lost Generation, and Jack Kerouac. All of these people lived nomadic lives and contributed to many of the ideas and beliefs that shape our lives today.

Although Alexander the Great’s rule came with a lot of killing, destruction, and conquering, it also led to the Hellenistic Period, which brought about new advances in medicine and science. Alexander the Great was a nomadic leader that was personally involved in the growth of his empire. He himself traveled from city to city, defeating his enemies and expanding his rule. As he wandered, he ensured the teaching of Greek philosophy, politics, and culture throughout his empire, which led to the spreading of new ideas throughout parts of Eastern Europe, the Middle East, and North Africa.

Marco Polo, a thirteenth-century Venetian merchant, explorer, and writer, traveled through Asia on the Silk Road documenting his experiences. The Travels of Marco Polo was the first western record detailing the culture and politics of Asian countries including China, India, Persia, and Japan, among others. Polo also inspired many explorers to embark on their own journeys around the world.

Ernest Hemingway was a writer that believed fully in the impact that experiences and travel can have on one’s life. While his travels resulted in the writing of some of the most renowned literary masterpieces in history, his way of life also led many aspiring nomads to follow in his footsteps.

The Lost Generation, a group of American writers in Paris in the 1920s, of which Hemingway was a part, massively influenced the global literary landscape, as well as the political and socio-economic beliefs of their followers. Along with Hemingway, a few of the key writers in the Lost Generation were Gertrude Stein, F. Scott Fitzgerald, and T.S. Elliot. These well-known names continue to litter our bookshelves today, proving the impact they’ve had on the literary world.

Jack Kerouac of the Beat Generation, a group of writers and poets in the mid-1900s, strongly believed that experiences had while on the road are the most influential in one’s life. During his life, he became famous in America and was seen by many as one of the founders of the hippie movement. He was incredibly influential in the American cultural scene of the 1960s, and, due to this, his works are still widely read today.

Unlike a number of decades ago, nomadism now is seen as a privilege. Despite this, the benefits of such a way of life remain the same. Many famous people today are choosing to live nomadically, whether permanently or for a few months or years at a time. These famous people live this way to enrich their own lives but also to contribute something to the world, whether it be entertainment, knowledge, or philanthropic pursuits.

Elon Musk is one such famous nomad. Although he certainly has the wealth to be able to afford to live in luxury, Musk does not own a home. He chooses not to spend large amounts of money on personal consumption, and rather rotates between the spare rooms of his friend’s houses.

Nicolas Berggruen, an investor and philanthropist, was dubbed the “homeless billionaire” when he sold off all his belongings and properties and chose instead to travel. He did this for over a decade, moving from hotel to hotel. Although his fortune is owed to his career in finance, in more recent years he has chosen to invest his time and money into addressing global issues.

Ewan McGregor and Charley Booman are known for their nomadic explorations via motorbike. After two long trips in 2004 and 2007, which resulted in a popular television series, the pair embarked on another trip in 2019 that spanned parts of North, Central, and South America, and lasted several months. McGregor and Booman have reflected on their adventures and have shared that both the time on the road and the experiences at each of the stops along the way have been mind-opening.

Jim Rogers is known globally as an author, investor, and nomad. His first best-seller, Adventure Capitalist, was inspired by his three-year drive around the world, spanning 116 countries. As if traveling the world by car wasn’t exciting enough, he then decided to do it by Motorbike, inspiring his second best-seller Investment Biker. Rogers’s nomadic explorations have helped him to understand the real world in a way that nothing else could.

Just a few decades ago, living nomadically was viewed with distaste by the wealthier in society. Now, a nomadic lifestyle is seen as somewhat luxurious. This is due to developments in technology, which have allowed people to earn a living working online while traveling around the world and experiencing new countries and cultures. The rise of the digital nomad has given people access to more work opportunities worldwide, as well as more scope for globe-trotting.

Not only has technology influenced this new lifestyle, but the pandemic has led to a rise in remote working like never before. More and more we are seeing the move away from physical offices, to working permanently online. Wherever possible, people are taking advantage of this shift and deciding to work remotely from elsewhere in the world. While this new way of life does come with its challenges, working wifi and a laptop are really all one needs to become a digital nomad.

While changes in the world have created more opportunities for people to become nomads, the fundamental reasons for doing so have not changed all that much from the nomads of the past to those of the present. As with the famous travelers of the past, nomads now are also after worldly experiences. They too want to learn about other cultures and belief systems, share ideas and discover more about themselves and the world around them. Just as Jack Kerouac wrote about his life on the road, digital nomads of today are sharing their stories through blogs, YouTube channels, and social media.

Our access to the world is greater than ever before, and with this access comes the opportunity for greater cultural exchange and sharing of ideas. Not only has the digital world aided us in becoming digital nomads, but it has also given us the opportunity to learn from one another and share information.

Famous people have embraced the nomadic lifestyle for many reasons, from choosing not to be tied down by material possessions to experiencing the real world and, in doing so, enriching their lives.

Luckily for us, the experiences these nomads have had inspired them to share their ideas learned while traveling around the world. Throughout history, nomads have been doing just that, and it is this international exchange that has led to the cross-pollination of great ideas.

Due to advances in technology and, in part, to the pandemic and the rise of remote work, the opportunities for following in these famous nomads’ footsteps are greater now than ever before. It is thanks to this that we can all be nomads now. 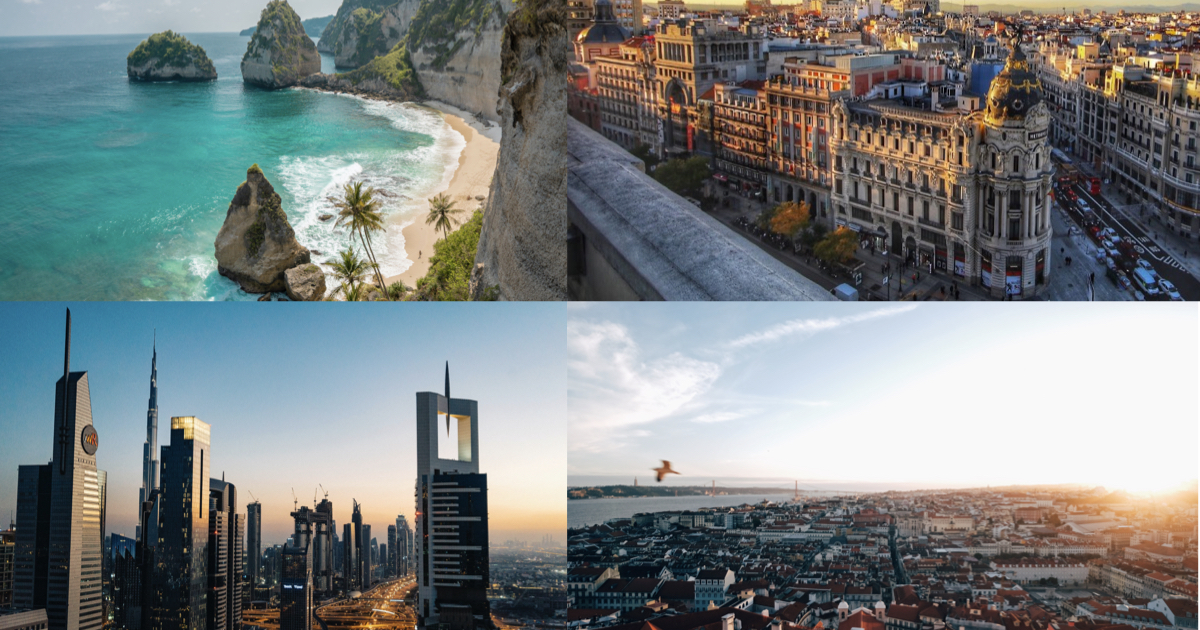 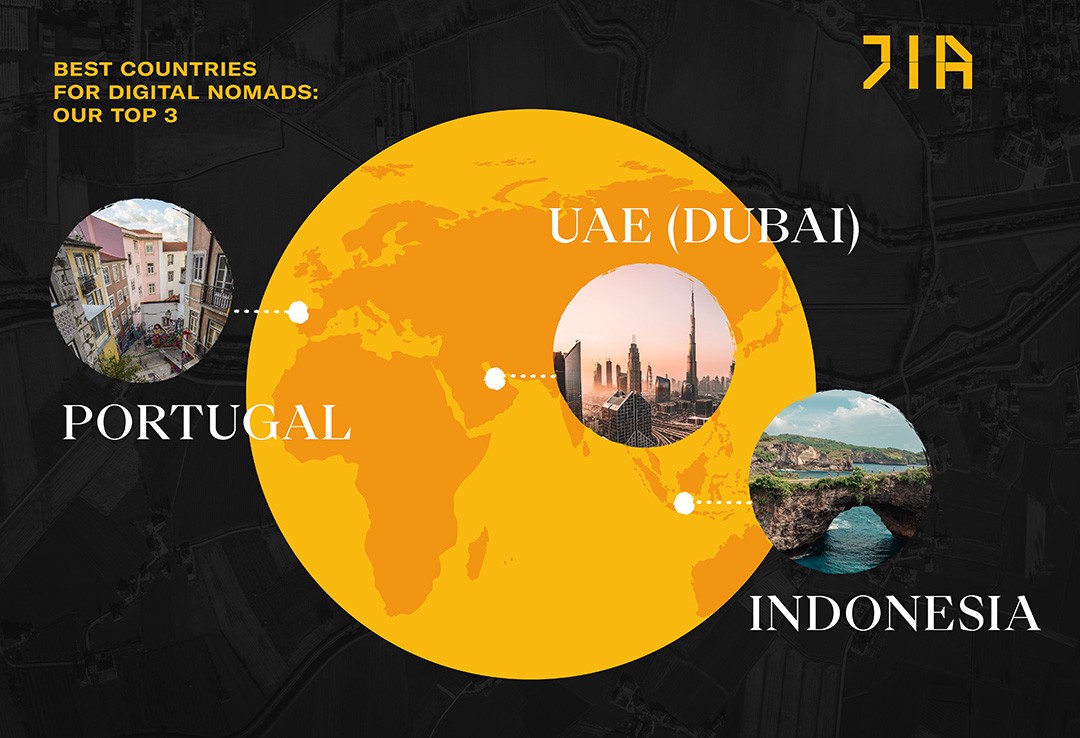 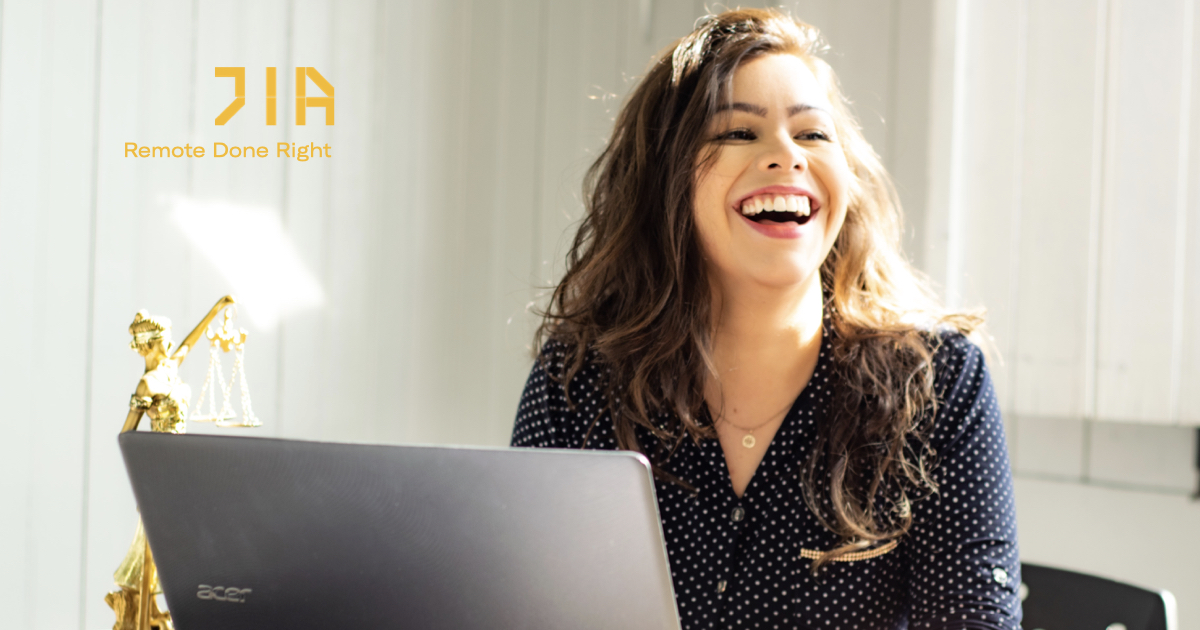